Speaking at Laracon EU 2019 in Amsterdam 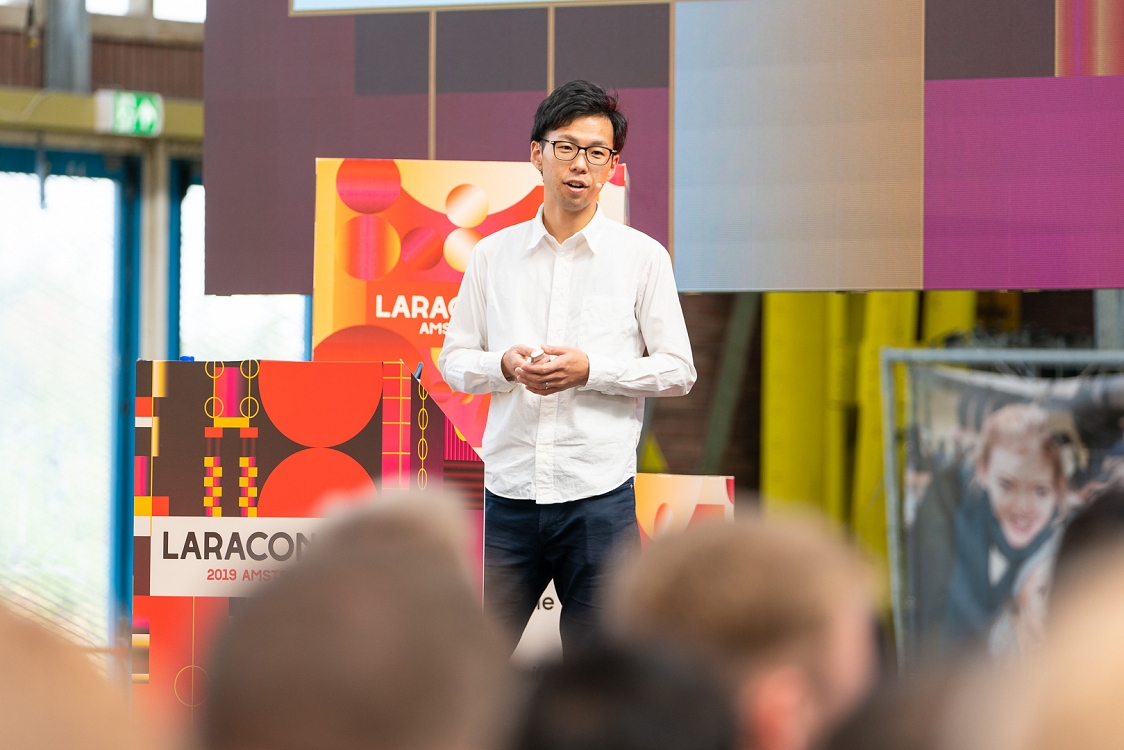 On December 5th and 6th, all 22 presentations from Laracon EU 2019 in Amsterdam will be broadcasted with the same time schedule as the original conference. Check it out! https://laracon.eu/2019/amsterdam-replay/

It’s been three months since I gave a talk at Laracon EU in Amsterdam. It was an unforgettable experience for me.

It had been my dream to speak on the stage at Laracon since I attended Laracon US in Chicago last year, which was my first tech conference overseas. However, I didn’t expect to be a Laracon speaker next year. It was my first experience to give a talk at such a big conference and I had never had a presentation outside of my home country Japan. So, I was so excited and felt a lot of pressure at the same time.

In this post, I’m gonna tell you how I applied for the talk, how I prepared after my submission was chosen, and what happened to me at the conference.

On March 5th, I submitted a CFP for Laracon EU Amsterdam with a little hope to be chosen as a speaker.

Three months later, I almost forgot that I had submitted a CFP. So, I couldn't believe it when I received an email from Shawn asking me if I was interested in speaking at Laracon EU Amsterdam.

I submitted only one topic but I included a link to my blog post I had written about that topic. That topic was based on a problem I encountered in my real life. When you submit a CFP, there is not much space in talk abstract. So, it would be helpful for organizers to understand what you're going to talk about. Also, if you already gave a talk about the topic in a local meetup or something, it would be great to attach slides of the talk.

I accepted the challenge but I had no idea where to start preparing my talk. So, I watched previous Laracon talks on YouTube again and again and picked up some of my favorite ones to learn from them.

Also, Katerina and Caneco wrote a great post about their experiences of speaking at Laracon. They navigated and encouraged me a lot!

I spent most of my summer vacation for creating slides and practicing my talk. After the vacation, I practiced my talk in the office after work. I also recorded a video of my talk to review it by myself and fix bugs in it.

Apart from that, it's also important to rehearse your talk in front of an audience before the conference. I had rehearsal in front of my colleagues three times and received a lot of helpful feedbacks. At first, I tried to do live coding but it didn't go well in the rehearsal, so I changed my plan and showed screenshot instead of live coding. I got more confidence after applying their feedbacks. I really appreciate their patience and feedbacks!

What happened at the conference 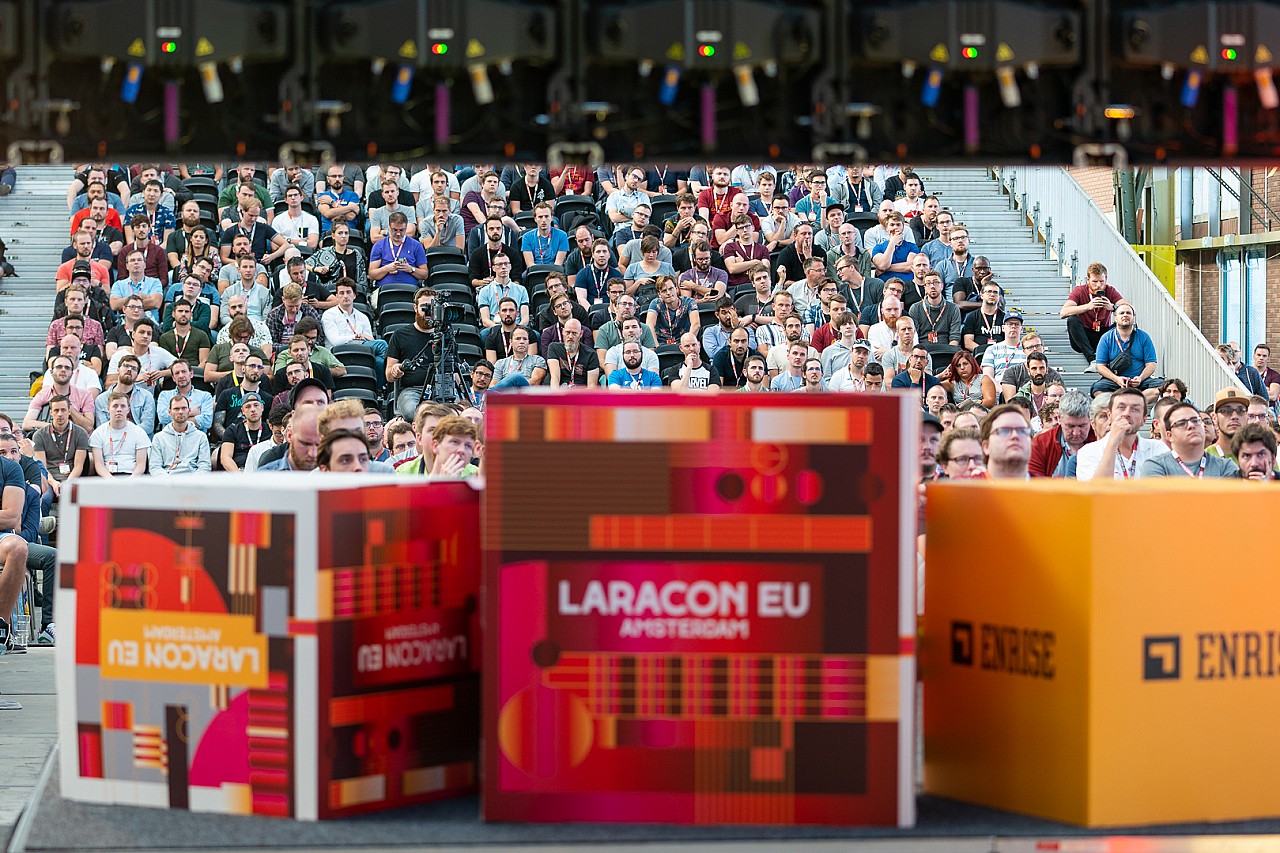 Finally, I flew from Tokyo to Amsterdam. I fell in love with this beautiful city. On the day before the conference, I still had a heavy jet lag after 12 hours of flight, but I had a chance to take part in the workshop by Chris Brown. Yes, my teacher of public speaking! It was amazing to learn from him in person. I got a lot of practical advise from him and applied them to my talk.

It was also great that I had a dinner with other speakers. We could know with each other and shared how we were feeling about the talk. I got relieved to know that it was not only me who felt nervous about giving a talk in the conference.

In the morning of the conference day, I had a technical check before the conference started. I checked font size, background color, remote control works fine, etc. My talk was the afternoon on the second day. Until the very last minute, I had been rehearsing my talk in my mind.

Finally, it's my turn to speak. I was used to be on stage in the band (I play the bass), but it was totally different to be on the stage alone. I slipped here and there, but I managed to survive. It was so encouraging and comfortable for me that other speakers were smiling to me in the first row during my talk. Thanks a lot! 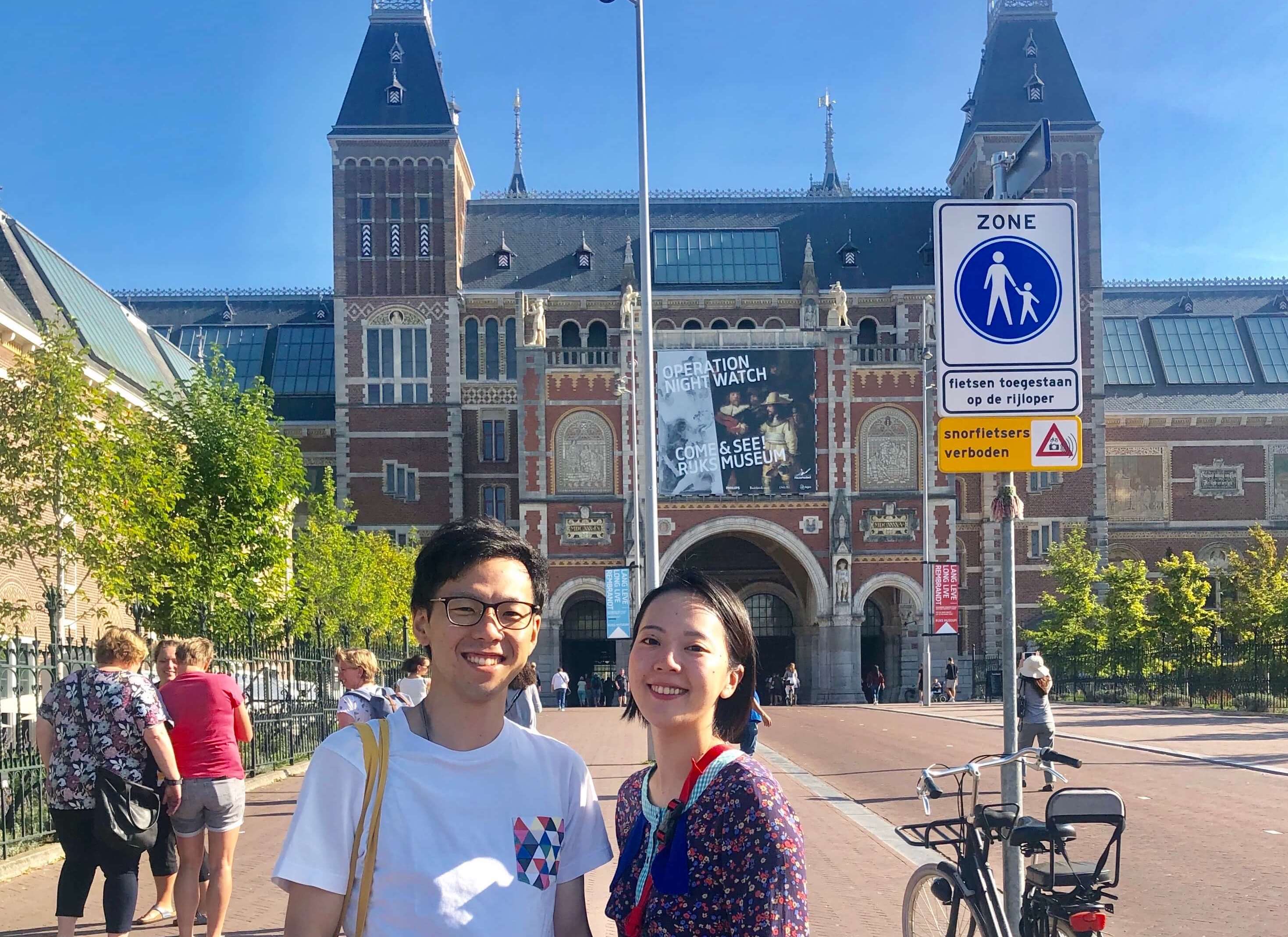 Looking back, I might have done better in some part, but I did all my best and learned a lot through this experience. Now I have much more confidence on myself than before this challenge.

From my experience as an ordinary developer, I have to say that everyone has a chance unless you give up yourself! You can submit a CFP for Laracon EU 2020 from here!

This is not the end but start of my new journey. I love Laravel community. See you next year!